[I've been asked by one or two left publications for a piece about Iain's politics. I've told them I was going to write a blog post on the subject, which they were welcome to use. Here it is. (Update: the Morning Star and the IS Network have reprinted it.) If anyone else wants to use it, please ask.] 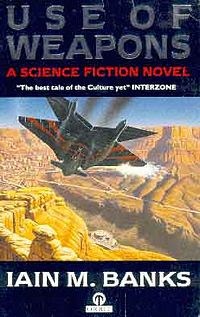 When Iain Banks and I were students back in the early 1970s, I was one of the first readers of Use of Weapons. I seem to recall reading the first draft in weekly instalments as the pages flew from the typewriter, and discussing the unfolding content almost as often. Iain explained that the Culture was his idea of utopia, in which advanced technology, inexhaustible resources and friendly artificial intelligence made possible a society in which nobody had to work and there was no need for money or a separate state apparatus. At the time I was reading with some excitement a slim paperback edited by David McLellan and titled Marx's Grundrisse, a collection of extracts from Marx's notebooks, in which he allowed himself some bolder speculations than he ever saw into print. I explained to Iain that the Culture was very similar to Marx's conception of communism: a stateless and classless society based on automation and abundance.

Iain was interested and I think persuaded. But, I went on, the Culture on his telling didn't seem to have come about through class struggle, revolution, and the rest. How, then, could it have come about, given that Iain was as sceptical as I was about the likelihood of such a society being handed down by benevolent rulers from above? By way of answer, Iain pointed to his pocket calculator. He said that on his last vacation job, on a construction site, one of the full-time workers had borrowed it and worked his way through a stack of wage slips, to discover that he and his mates weren't getting all the pay they were due. The site workers had taken the result to the management, who duly if perhaps reluctantly shelled out the back pay that was owed. That, Iain said, was how he'd envisaged the Culture coming about. Conflicts of interest between classes and other groups there would be, but the sheer availability of information and computing power would arm the majority with facts and arguments that would enable them to prove, as well as enforce, their claims. The consequent advance in consciousness would allow the opportunities offered by automation and abundance to be grasped, first in imagination then in reality, and make opposition to their realisation irrational, futile, and weak. 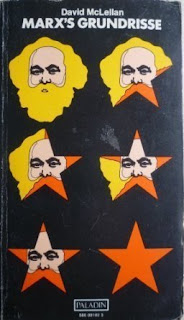 This projection of a democratic, deliberative, and peaceful transition to a co-operative commonwealth wasn't as far removed from Marx's own later views as I thought at the time. I saw Marx through Lenin, Lenin through Trotsky, and -- for that matter --Trotsky through the Trotskyists, and each successive prism lost something of the one before, let alone the original image. Iain respected them all as thinkers, but remained sceptical of any attempt to emulate their practice. He was quite willing to stick his neck out when necessary: he came down to London in 1977 to join the mobilization against the fascist National Front's attempt to march through Lewisham, took his place in a small squad of comrades none of whom he knew but me, and thoroughly enjoyed the fight that ensued. On a later visit he joined me when it was my turn to guard our group's bookshop and offices, which had recently been targeted in an amateurish arson attempt by the fascists. As Iain and I checked the locks on the building's back door, two policemen loomed behind us and tapped our shoulders. It took us some minutes to convince the coppers that we really were there to protect rather than attack the shop. Iain ribbed me about it afterwards:

'I bet that's the first time you've ever had to say, "Honestly, officer, I really am a left-wing extremist ..."'

However friendly he was to the radical left, Iain had little interest in relating the long-range possibility of utopia to radical politics in the here and now. As he saw it, what mattered was to keep the utopian possibility open by continuing technological progress, especially space development, and in the meantime to support whatever policies and politics in the real world were rational and humane. For Iain that meant voting Labour. After the party mutated into New Labour he switched his practical vote to the Scottish National Party and his protest vote to the Scottish Socialists and (I think) the Greens. Even before then, in the early to mid 1990s, he'd come around to the view that Scotland would never be safe from the ravages of Tory governments it hadn't voted for unless it separated from England. This support for independence didn't come from nationalism but from reformism, and from a life-long, heart-felt hatred for the Conservative and Unionist Party.

In Iain's view, popular access to information was decisive to any hope of progress, and control of information was central to the power of the ruling class. One of his few intellectual heroes was Noam Chomsky, who has for decades argued and documented this over and over. Iain made a point of being well-informed himself, and seemed to have read the Guardian from cover to cover every day. The most radical writings -- Chomsky's apart -- that he ever enthused about to me were those of John Kenneth Galbraith, George Monbiot and Will Hutton. Iain valued the far left mainly as a source of information that even the Guardian was likely to gloss over. He followed my own adventures and misadventures in Marxism with a sort of sympathetic scepticism, always keen to read whatever rag I was flogging at any given time, and to listen to my explanations of why which paper I was selling sometimes changed over the years. It was my later explorations of libertarian thought that most sorely tried his patience. I could never persuade him that libertarianism was anything but a shill for corporate interests: a common misconception, and one that many libertarians have worked hard to confirm.

In his view, the left's most stupid and repeated mistake was to accept that 'my enemy's enemy is my friend,' which he saw as at the bottom of most of the left's disasters. He had no illusions in existing socialism, and no hopes for the better in its collapse. He opposed every war the British state waged in his lifetime, with the one exception of NATO's war over Kosovo, which he argued for before it happened and never repudiated. Fortunately, this wasn't the first step on a slippery slope. He was even more vehemently opposed than I was to the attack on Iraq -- I tried to at least see a certain logic to it from the imperialist point of view, whereas he saw it as utter folly and madness from the moment it was mooted, an adventure that would sow destruction, multiply terrorism, and do incalculable harm to the interests and security of the UK and US.

He blamed Blair absolutely for the Iraq war, and never forgave or forgot the crime. Anger over what was going on in the Middle East impelled him to his two best-known political gestures: cutting up his passport and sending it to 10 Downing Street, and refusing to have his own books published in Israel. The former action was mocked, the latter attacked. Iain took not a blind bit of notice.

In summary, Iain's political views were, by and large, what you'd expect from an Old Labour supporter and Guardian reader with an informed interest in the analyses of the radical left. What was perhaps more unusual than his views was the consistency and tenacity with which he held them, and his confidence that they must in the long run prevail if civilization was to survive. He saw quite clearly that events weren't going the way he would have liked them to, but never saw any reason to revise his reckoning that neoliberalism just didn't add up.